It was already 2 pm when I stepped back on the trail after my unintentional visit in NYC. I had to climb steep up over boulders immediately. Only 5 minutes in and I was already bit by Mosquitos several times and soaked in sweat. What did I expect?

I reached the Wildcat shelter 10 miles after my start point along I-87 just before the sun started to set. Enough time before dark to find and collect water, check out the campsites and get settled. I was alone, haven’t seen anyone on this short stretch and now in the shelter, I was bored. I’ve hiked alone and spent nights in camp alone for some days already. On this day though it actually didn’t feel badass but sad. The shelter log-book with the written stories of other hikers provided a good relief of that sadness and a good night read, too. I woke up exhausted, not able to open my eyes, not able to motivate myself to get up and move. I haven’t felt like that for a long time and actually never towards something I liked as much as hiking. Furthermore, I just had days off! I didn’t understand what was going on. I could only take my time and go anyway. Slowly I dragged myself over the slippery-wet rocky crest that is leading towards New Jersey. Almost lost my mind by slipping and falling all the time but the rest of the day later in New Jersey turned out to be very nice, lots of boardwalks through beautiful flower fields.

It was getting dark already by the time I arrived at my destination for the day. The shelter was full though, so I had to pitch the tarp. I had gotten lazy and haven’t done it in a bit so this was exciting but I also was tired and hungry and stoked about the other hiker camped out next to me. So against the known rules in my head on finding a campsite, I chose the very first flat spot. I wiped away the thoughts about the compressed and cleaned out ground which would turn into a puddle immediately if it would rain and set up a quick and simple A-frame. It won’t rain much this night, maybe a few drops. It will be fine I told myself.

Happy about the nice breezy A-frame setup I crawled in and did my evening chores. I was just about to place my head into my cozy spare clothes pillow as the first drop hit the tarp, followed by another one and another one and then followed by bucket loads of water. I was screwed! As said before the ground was compressed and cleaned from all leaves, it was back splashing into the tarp like crazy and I had to stow away my down quilt quickly to save it from getting wet and dirty.

Sitting there with my backpack on my crossed legs, the quilt safe inside the backpack, my thoughts all over the place, it felt like being in a washing machine, wet and spun around. The ground under my seethrough groundsheet (polycryo) turned into a brown puddle and just was about to hit the edges of the groundsheet and flood over…of course (!) – that’s what happens on compressed ground. I had to bail, squeeze into the shelter. As fast as I possibly could I put on my rain gear and shuffled my belongings into my pack. One more second I was sitting there, saying goodbye to my tarp for the night, there was no way I would put it down right now and get more stuff wet. I took off, running down the flooded trail, jumping into the shelter.

The bucket load kept on coming down for another hour, the temperature remained high though. Hot and humid that’s how they like it, Mosquitos. It stopped raining and there they were. This night wasn’t gonna provide me with much sleep – did I even sleep at all?!

The first sign of daylight was hitting me, Mosquitos still and even more landing on my face, I left the shelter, grabbed my tarp, smeared some DEET on me and ran away from this horrible place with all the Mosquito’s. At least it was only 6 miles to town. Coffee, here I come! A finger snap later I was eating a breakfast sandwich and a carrot cake as well as drinking my so much loved coffee. Even the sun came out and dried at least my soaked backpack from the outside – why can’t all backpacks be waterproof, shouldn’t that be kind of a standard by now? I spent several hours sitting there, charging my phone, charging myself and catching up with some other hikers.

I heard them talking about this hiker hostel (Mosey’s place) one of them was planning to stay at which offered free pickups from the New Jersey high point trailhead just 10 more miles from where I was. After this rain fiasco that was an option hard to pass. Drying out everything, wash all the rain and mud-soaked clothes and sleep in a mosquito-free place, yes, please!

The rest of the day was nice, the sun came out, the trail was surprisingly flat. So were the last days in New Jersey, lots of boardwalks through flower and swamp fields.

I crossed into the last state for my Appalachian trail trip, I decided to stop my hike in Harrisburg which was only 150 miles and therefore only about a week of hiking away. I had started early in the morning and the terrain was mostly flat. It was a good run into Delaware Watergap and I got there early in the afternoon which gave me time to catch up with the other hikers hanging out at the „Church of the Mountain“ which is offering a hiker-hostel. It was good again to see all the other southbound hikers and exchange experiences and stories from the recent sections. I was stoked on the social interaction and the chicken pot pie I got at the farmers market. I packed it out for dinner and hiked on for six more miles to the next shelter. Even though a free place to stay and shower at the church was hard to pass, I didn’t really feel like staying inside this building for the night and felt the urge to go on. Thinking I’d probably meet all of them the other day I climbed out of the valley up on to the ridge the AT is following almost the entire time through Pennsylvania. The night was calm, no bugs, I felt strong and satisfied with my chicken pot pie for dinner.

Maybe I had exerted myself too much though without noticing it? Waking up I was demotivated and moving felt unbelievably hard. The trail was flat but covered with spiky boulders. Steps had to be taken carefully to not roll an ankle or hit a toe. After 10 miles I felt so exhausted, I was happy I just reached the next gap in the ridge walk, „Wind gap“. Taking only a short break and hike on was impossible to think of. I went for a coffee break into town. Dunkin Donuts was my safe space for the day, I spent several hours there eating, charging and using the wifi to chat. Time past by quickly. Luckily the afternoon section was less rocky and I could hike another 10 miles to camp at a decent time. Was it fun to hike, though? Not really. I didn’t have fun anymore, I felt tired and used every chance to stop and sit down just to tell myself after some minutes „Come on lazy, go hike, still x more miles to camp/water!“

All of a sudden everything had gone bad, my mood, the atmosphere, hiking, my physical ability. I didn’t sleep good, in fact, I had a lack of sleep for quite some time already. Even though feeling tired and exhausted falling asleep was hard, staying asleep was even harder and a lot of times wasn’t possible until the sun was rising in the morning. So I either got up and started early or got a real late start. This day it was the second one again. Nothing to do about it though, the only way out was walking, hoping it would get better eventually.

10 miles, mostly flat and hours later, it was already late afternoon, I had fallen just from tripping. On wobbly legs, I worked my way down the steep descent to Lehigh Gap. I crossed the bridge and literally crawled up the 0.7 miles to the spring where I broke down crying…crying from exhaustion. I felt so weak. I looked back the trail I just scrambled up realizing how easy of a terrain it was, not even really steep. It was hot but not unbearable. I sat there for half an hour before I finally got myself together to fill up the water bottles, filter, and drink. I didn’t understand what was going on, I dragged myself up to the shelter just a few steps ahead and sat down again. I couldn’t go on! I just couldn’t and I still didn’t know why or what was going on.

Not knowing what to do or how to go on I just sat there with my head empty, frustrated, sad and tired. Some hours passed, I started talking to ‚Mama Duck‘ and ‚Soda‘ on the phone. It made me realize how much I missed hiking with someone lately. After all, I was done with the trail. I had to stop here, after approximately 900 miles and one more sleepless night in this shelter.

It obviously took me quite some time to write down the latest experience I had on the Appalachian trail. This trip that was supposed to be only a 600-mile section hike (Vermont to Maine) became a possible thru-hike with my return in the US and ended up being a 900-mile section hike (Maine to Pennsylvania). Am I sad about it? No.

It was a hike with a lot of ups and down in elevation and moral. I got to know the east coast, the people, and landscapes of 8 different states. I learned about the humidity, about the bugs, about moose, about bears. I also learned about the struggles of hiking the Appalachian trail, like the annoyance by the constant rocks and roots, the slippery steep climbs and descents, and tick born diseases. I learned that the beauty of the Appalachian trail isn’t in the views but more in the people you meet and the trail family you build up. It’s important to have people to rely on when the moral drops low and the trail doesn’t provide any incentive to go on which happens sometimes.

I tried hard to make this trail a great experience for myself, honestly though I’ve never felt happier to get off trail than at this point. I spent another week in New York, being a real tourist and got a prescription of Doxycycline for suspicion of Lyme-disease. I already feel much better though I call this hiking season over for myself, at least for long hikes.

Stay tuned for insights posts in the following month! 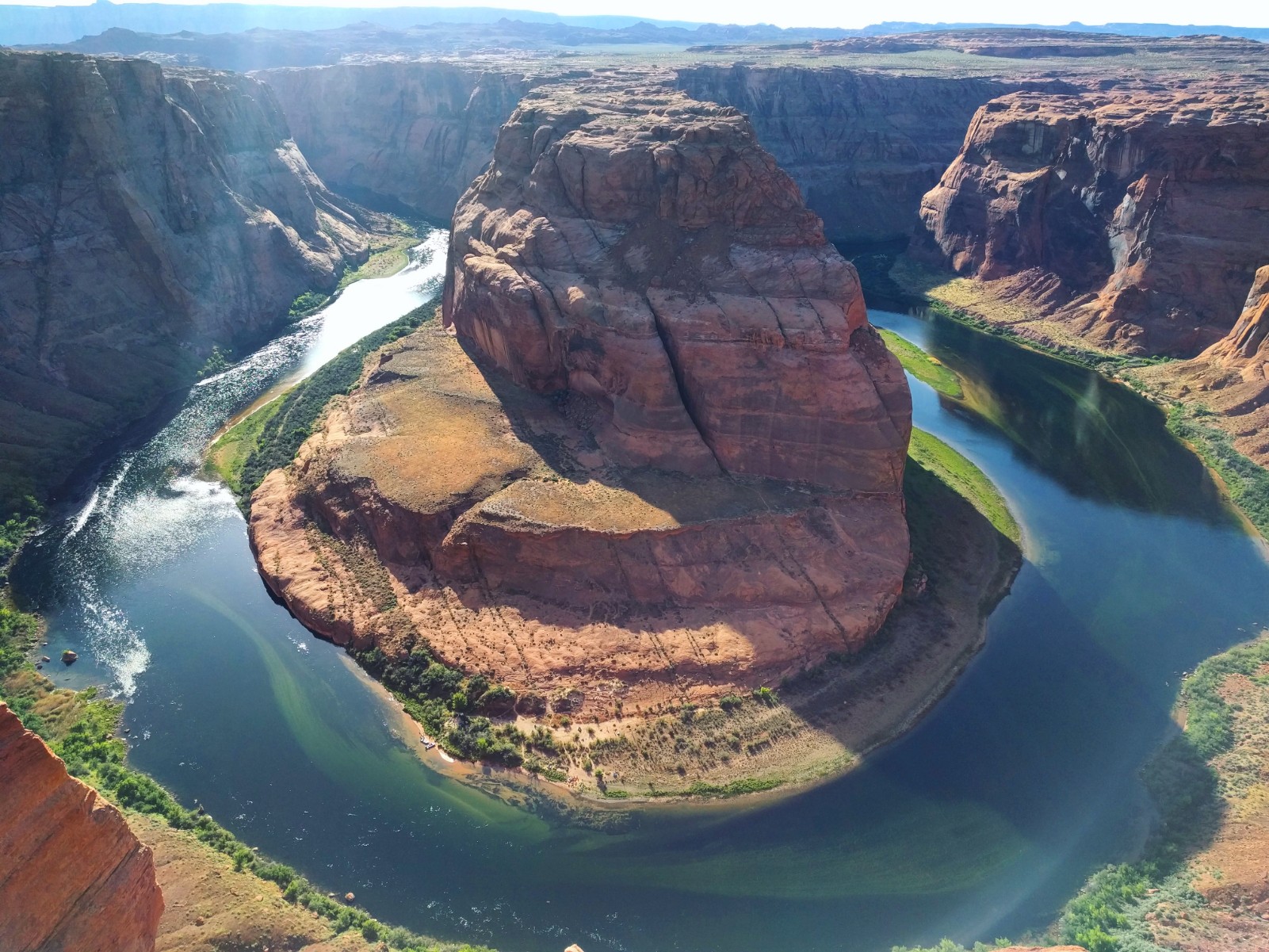 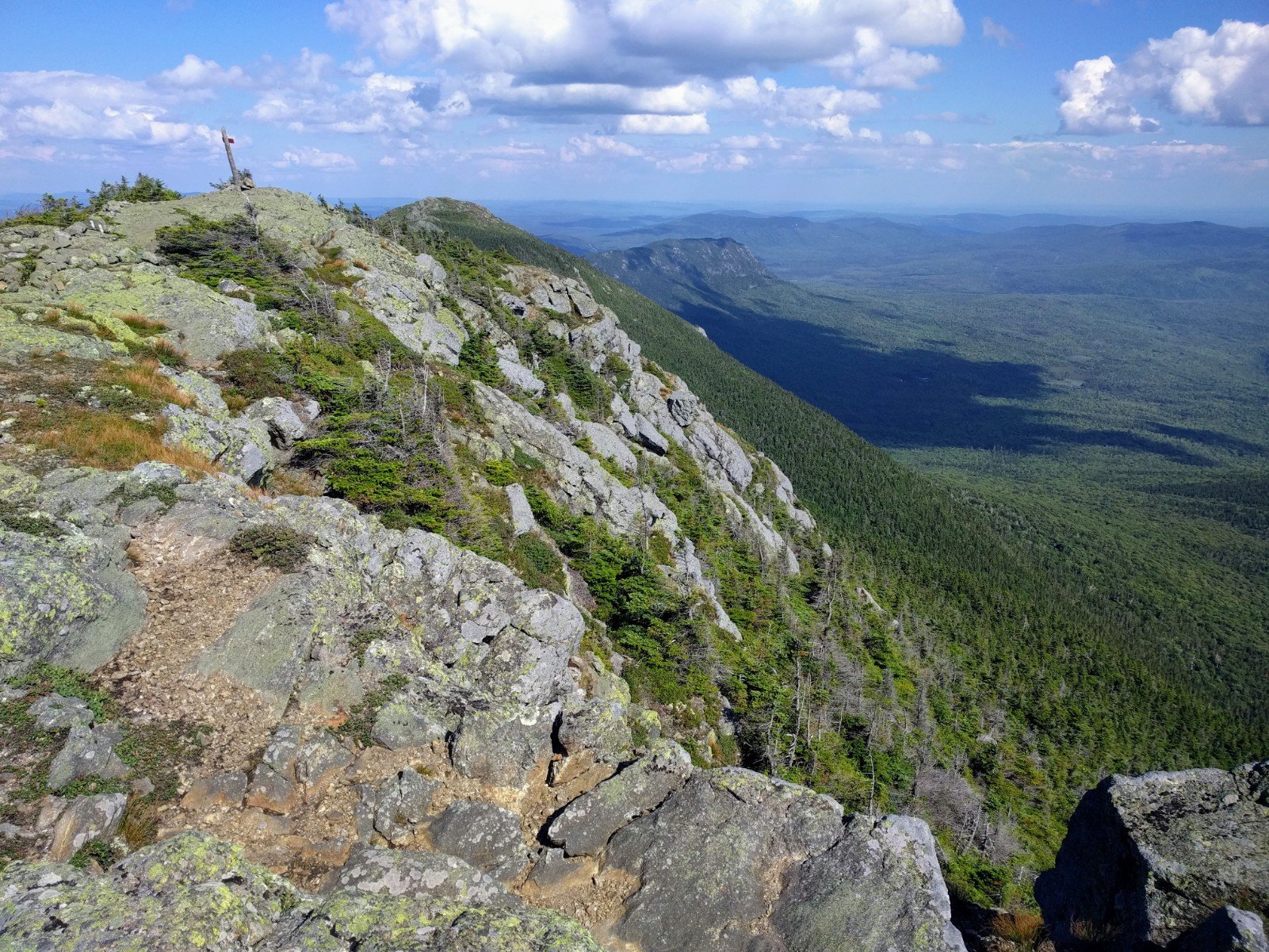 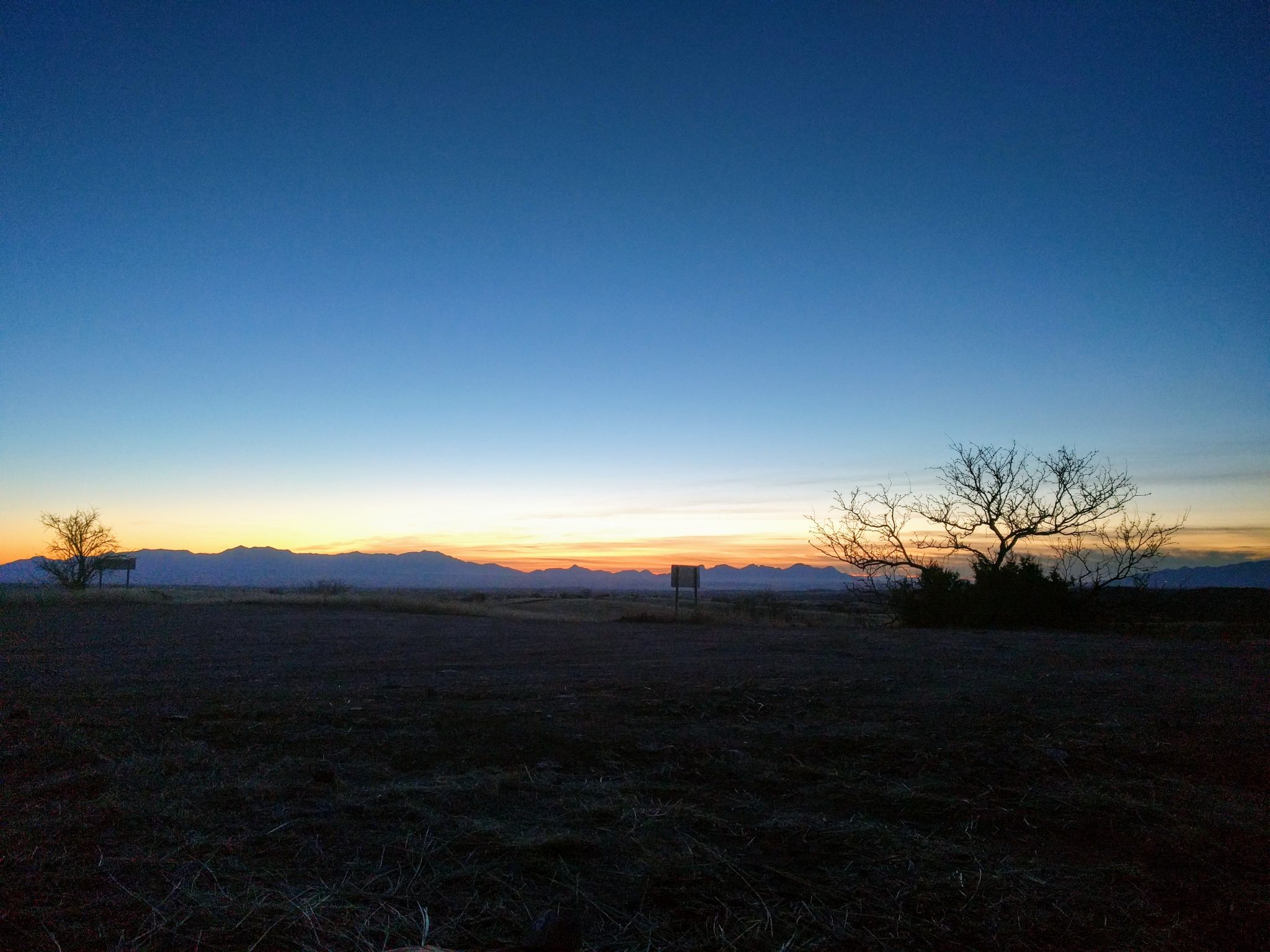 11. März 2017 No Comments
Patagonia to Vail: Blood and sweat 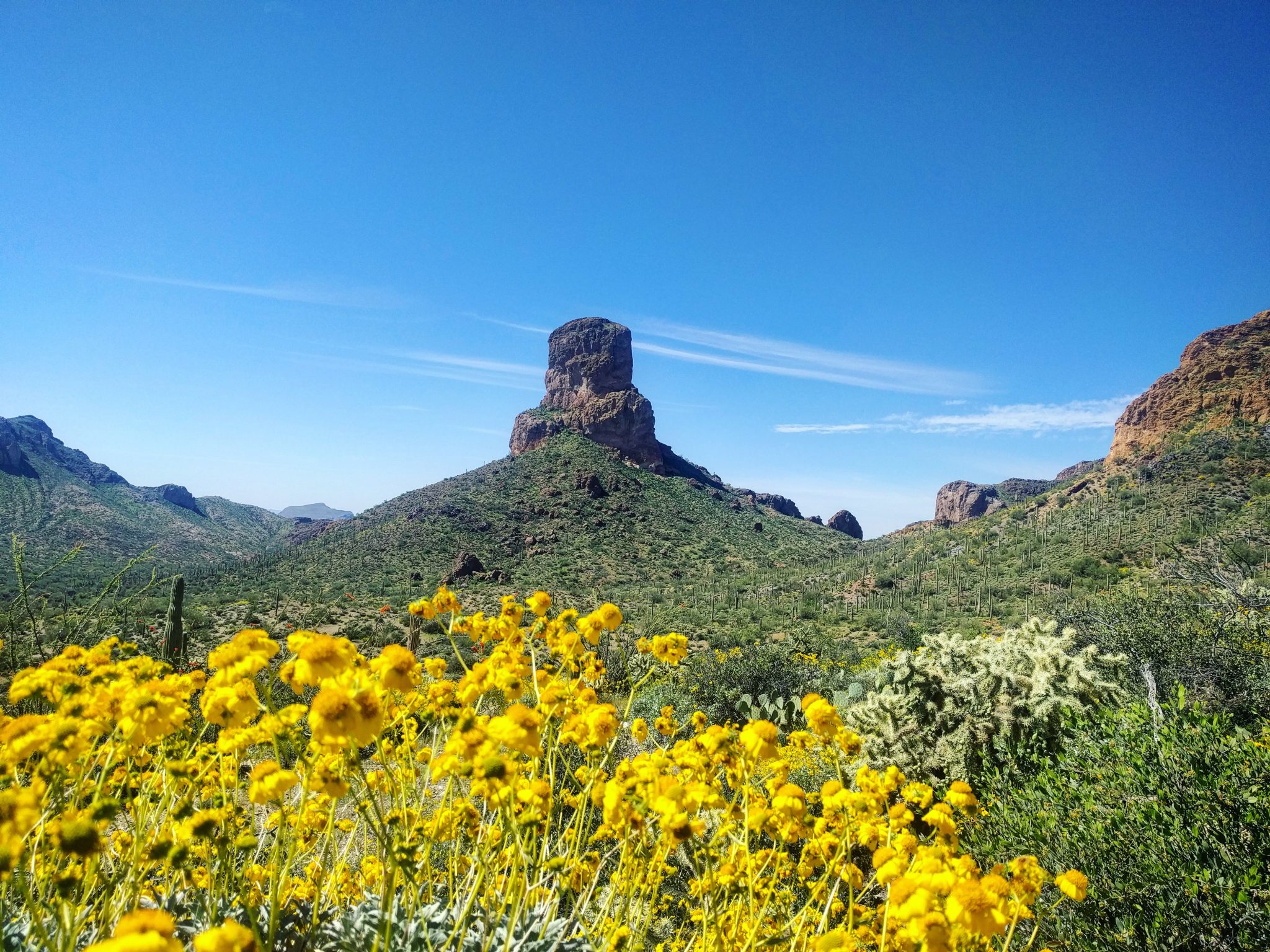 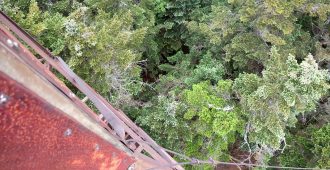 12. Juli 2017 No Comments
Back on track: Appalachian trail North Adams…